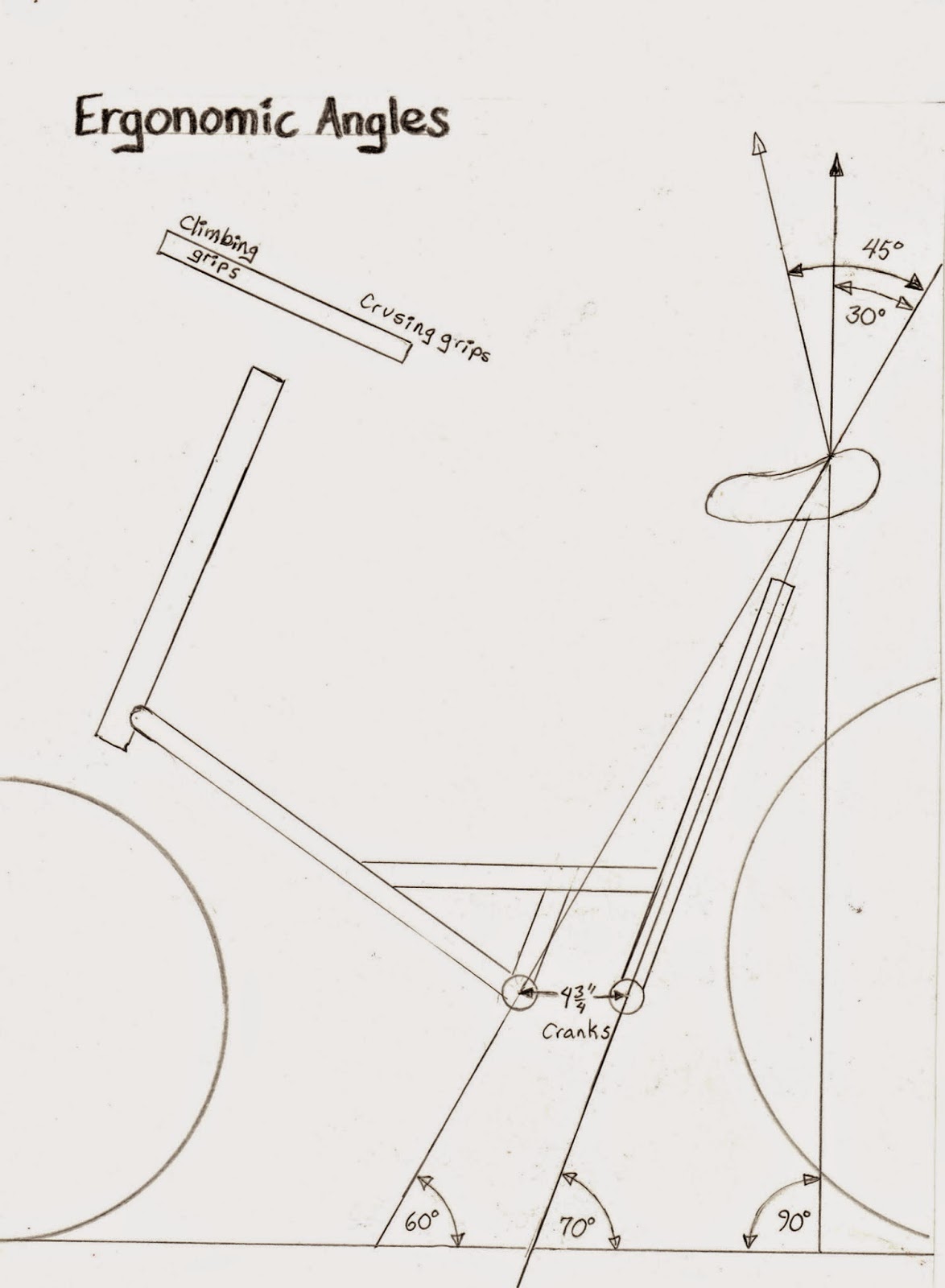 This makes it possible to deliver more power to the pedals!

Posture is a big problem for cyclists. Most bicycles are designed to hunch over and lean on the handle bars.

When I was young I could not understand that there would be problems form bad posture by the time I got to 65 years.

In the mid nineties I started having problems with carpel tunnel syndrome, and had to find a bike that was not aggravating my wrist pain. I discovered recumbent bicycles and spent a lot of money on them.

I learned about the ergonomic power angle when I was designing a batter recumbent bicycle. Recumbent seats are set at about 35 degrees off a line from the cranks through the back of the seat, with 5 degrees of adjustability each way.

Old cruise bicycle seat posts were set at 60 degrees off the ground. This angle lets you sit up straight and take the pressure off your wrists. This puts you at 30 degrees from the crank spindle when sitting up straight, and leaning forward, at about 40 degrees.

Racers decided that it is easier to go fast if they are hunched over. So now most bicycles seat tubes are set at about 70 degrees, which gives you a 20 degree ergonomic angle when sitting up at about 90 degrees from the ground on mountain bikes, road bikes are even worse.

Then close to ten years later my back started giving me pain. I reinvented the 'sit-up straight' bicycle, and discovered that other people had done this also. See the Trek Pure Sport and Townie bicycles.

It wasn't until I had to go to a physical therapist that I discovered that I was still hunching over causing back pain. Now I am learning to roll my hips, pushing my navel forward so that my back is as straight as I can get it.

I still have to work at making my posture less likely to create pain, ie: holding my head and neck straight also.

It took special handle bars to be able to grip at two different places.