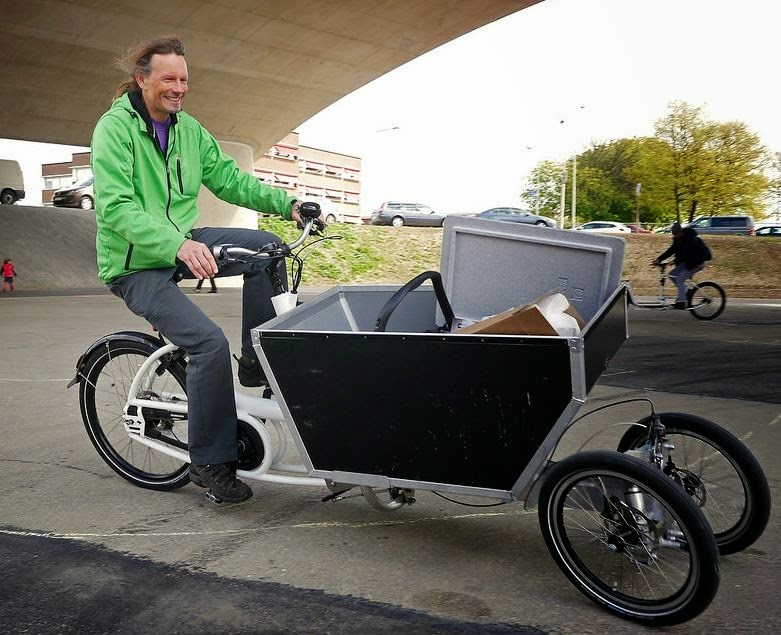 I believe it would be very easy to get a 'kick-starter' grant to start building long low cargo bikes, in many different citys. Seattle would be a good place to start. And don't think that it would take a factory to make these bikes. It takes only a garage shop with the right tools. See 'cycletrucks'.

And if you plan to give some of them to people that could not afford to buy one, it may be even easier. It would be easy to find people that need them on the internet, even if it would be difficult to have them prove their need.

One option to use these would be to operate a delivery service for people that can not travel easily and others that would be willing to leave their cars at home.

This would help remove cars from our streets, and make cycling more bearable and safe. The amount of traffic in our small town has become incredibly over-crowded in the past year or so.

This is the kind of project that all towns with a food co-op should have. Getting a grant to build one for a food co-op to operate a delivery service would really get people involved in the whole concept of utility cycles.

And with the stock market ballooning up to much more dangerous levels than the 2008 crash, there will most likely be a severe economic depression soon. This may lead to rioting in the streets when people cannot drive their cars. But I see a crisis like this as an opportunity for change in a positive direction.

Electric power systems can be built to last twenty years if you use the right kind of equipment. And with the new battery technology, motorized cargo bicycles will become very popular.
But only if they are strong enough to move 550lbs up our hills that are at least an 8% grade, at a legal speed limit (like 20mph or 30mph if registered as a moped).

The average driver these days in America is about 220lbs, the vehicle would be around 165lbs = 355lbs leaving about 165lbs for cargo. And this would be with lithium batterys. Almost impossible to call this pedal powered, it would have to be a motorcycle, or just a small truck with a pedal powered generator. 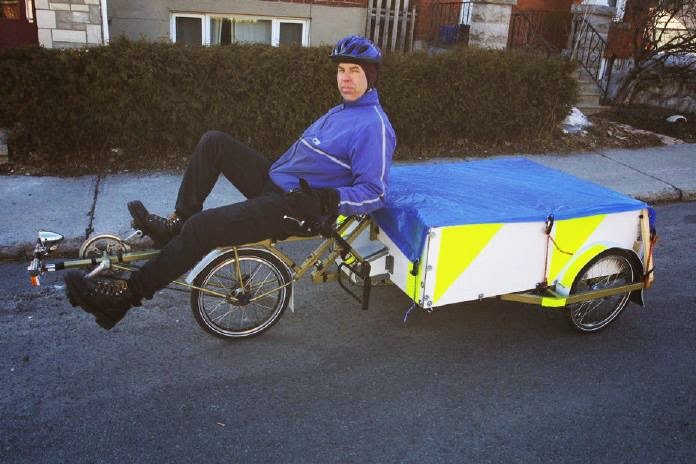 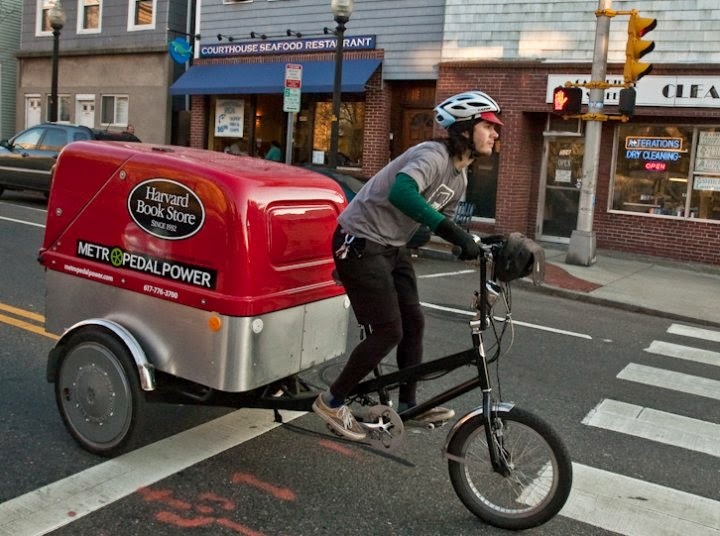 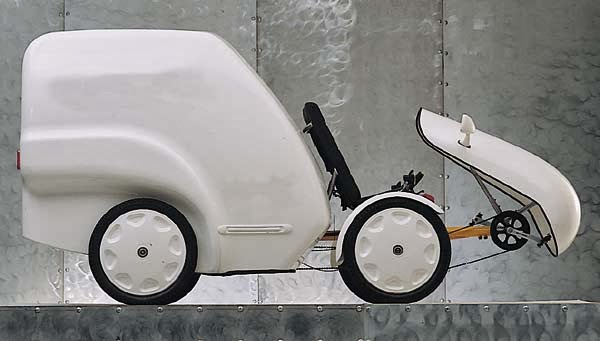 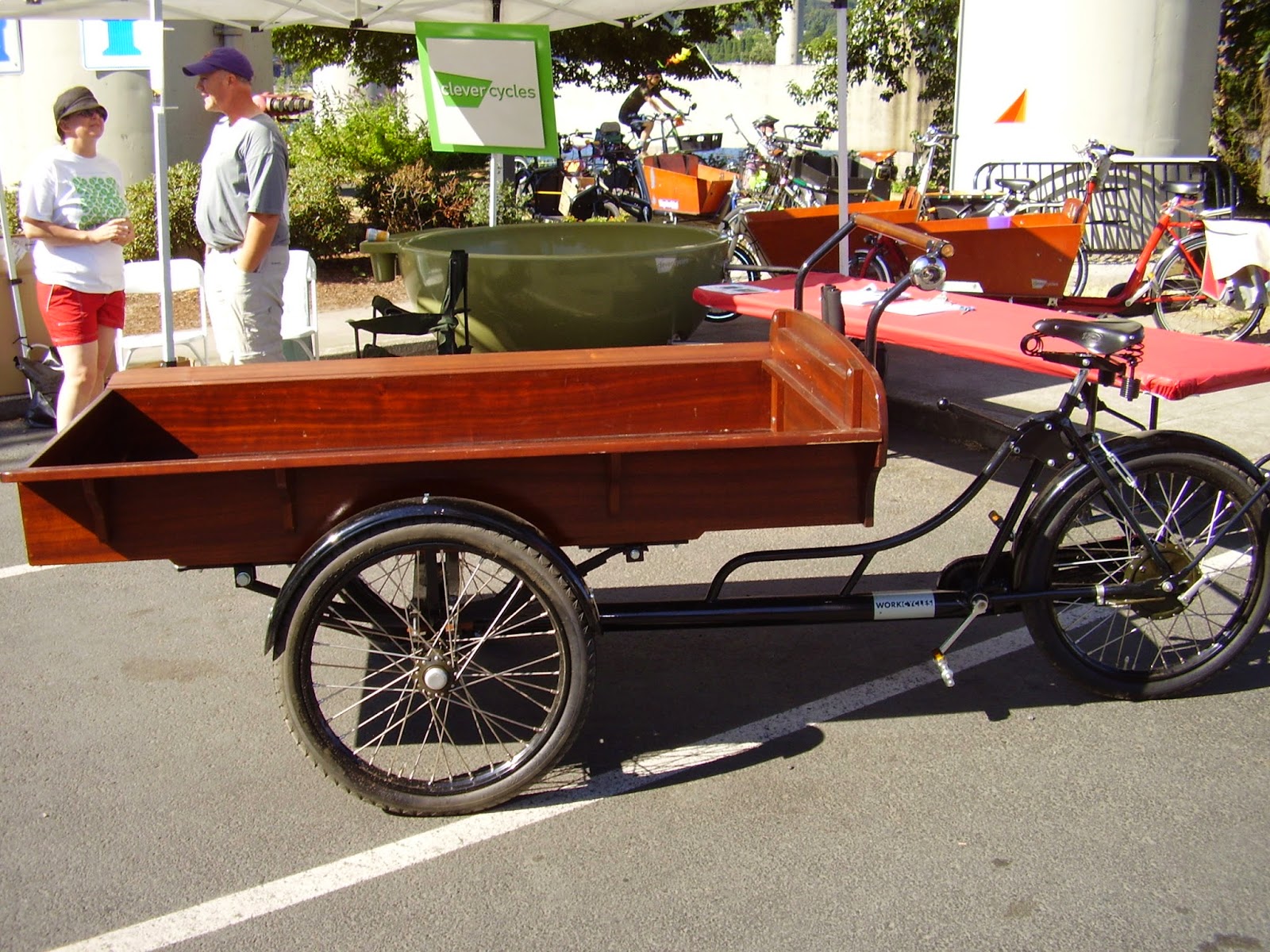 A long European style cargo bike can haul enough tools and building materials to pay for for the initial investment in only a few months. And if you motorize it correctly there should be no problem climbing our steep hills. This subject is not well known. If you want to replace a car with a cargo bike or trike, you really need one that will drive as much as 550lbs (total combined weight) up at least a an 8% grade at a legal speed of less than 20mph. That means high torque at slow speeds, not many people know how to build such a machine. It requires a motor and controller that will handle high amperage at a very low voltage. Something like a DC brushed 12 volts to 48 volts, like a MARS 909.

Any idea what the trike-style leaning bakfiet in the top photo is?

I don't remember the name. But it was an experimental model of one that may be coming soon.

I found this link in relation to the tilting trike. Ask them about it. http://www.urbanarrow.com/