Why use expensive flash lights?


Regular bicycle lights are made with a wide beam that shines in the eyes of drivers in the opposite direction lane. A wide angle lens can help this situation by turning the lens vertically, or just keep it low on the road. I don't like it when people flash their bright lights in my face.


Most of these expensive hand torches have very tight beams that will keep the light out of driver’s eyes. Look for the best “throwers”.  Also look for the most light on the second to highest setting, because the highest will burn out the torch. 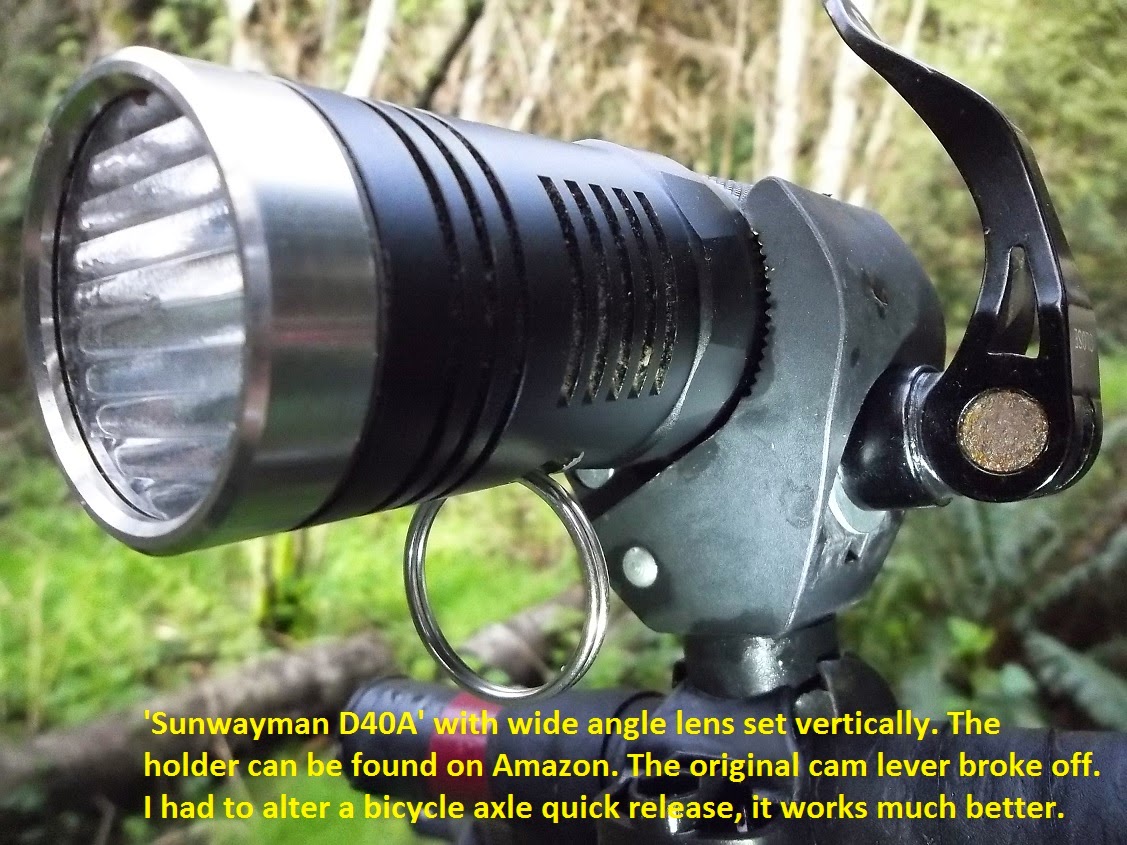 My new Nitecore EC20 ran almost two hours at 960 lumins, on one Orbtronic 3400 mAh 18650 cell. However my Sunwayman D40A has a better beam at the second to highest setting of 610 lumins. Best deal you can get on a bicycle light.

The Nitecore's beam is dark in the center, and is wider than the Sunwayman. The D40A's run time is about 90 minutes, on four rechargeable AA batteries. Longer with disposable cells.

If money is not a problem the Eagletac TX25C2 (with new L.E.D.) has got to be better at 910 lumins for at least 100 minutes. Do not use a cheap battery, and be sure to condition the cell by draining and charging a couple of times.


I discovered that a tight beam and a slightly wider beam work well together on the road. If they are not mounted too high on the bicycle, the beams stretch out in an oval. But I still need a wide angle beam for close up luminosity.

If I were looking for a single light, I would go for the Fenix BC30 or the Ixon and then a longer throw torch after I see if I need one for fast riding.

http://www.candlepowerforums.com/vb/showthread.php?393093-Longest-lastng-High-tempature-light
This torch does not maintain the 960 lumins long, even if it does stay on the highest setting for a long time. 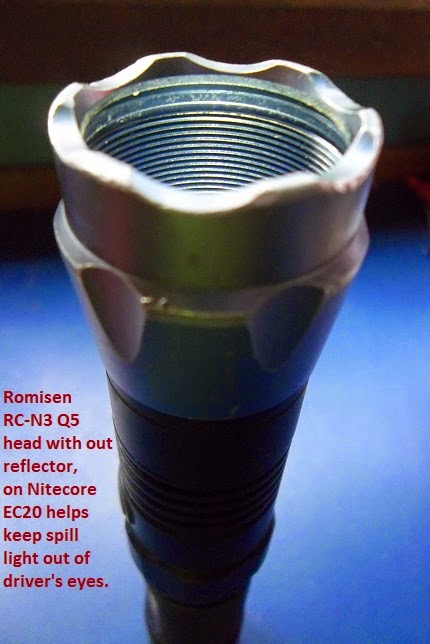 These lights really need a wide angle lens to keep the light out of oncoming traffic's eyes. Order it separately.

Typically lumen claims like this are LED lumens, meaning for a very brief period at turn on, the light is theoretically capable of producing 1200 lumens at the LED.

However, there is sometimes a quick drop in output with-in the first few minutes, and after taking into consideration reflector loss and front glass cover loss, you're probably looking at anywhere from 20-40% less than the manufacturer's claim

The Magic shine has a dark spot in the middle of the beam because it uses a quad emitter LED. It does not throw well because it makes a wide beam, the wider the beam the less bright it appears. So I want two wide beam and at least one good thrower torch..


Warning! The 'magic shine' is not totally waterproof! It’s been raining so much that a friends Nite Rider light similar to it shorted out. I wonder how many other lights are not waterproof. 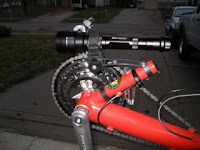 This light has the best beam pattern for road use. All parabolic reflectors have spill that will blind drivers in the opposite direction lane. 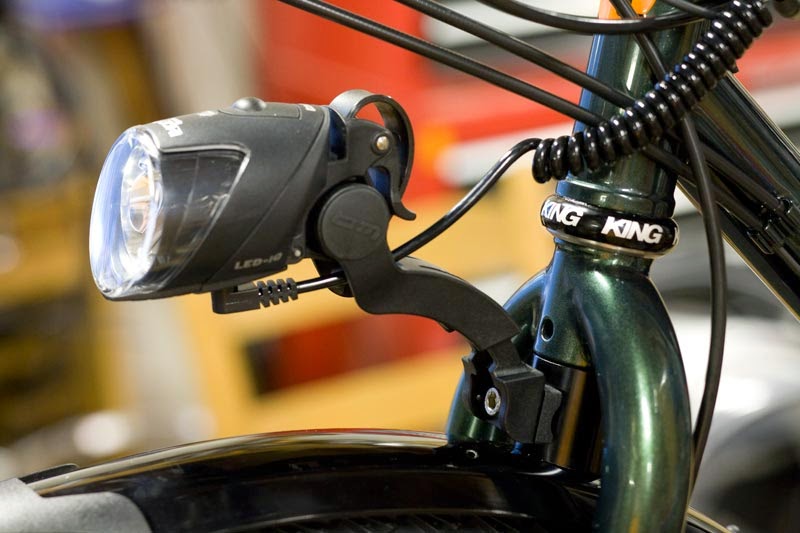 NiMH batteries only deliver their full run times after they have been charged and discharged several times. So you must plan ahead. Don't expect a new set of batteries to give you full run time after the first charge.
Lithium Battery Charging

Safe batteries like the Orbtronic have current flow limiters so that they charge very slowly. Dangerous cells like the Ultrafire and others that cost much less than the safe batteries do not have such good protection. They can charge too fast, and to a dangerous voltage level.

If a lithium battery is under $14 each, start asking questions. Cheaply made cells sometimes have defects as well, making them even more likely to burst into flames or explode.

When a lithium cell drains too fast it can get too hot and suddenly let go of its stored energy all at once, causing a very dangerous situation.

Packs of cells are charged much more safely with a programmable balance charger. Unfortunately the packs that are made for balancing have no discharge protection. So I have to build one that does. The protection circuit will have to be separated from the batteries by a switch.  Or use a low battery alarm.

Cheap programmable chargers don't have a good reputation for accuracy, and therefore could be dangerous. And the translation to English can be almost impossible to understand.

For single cells see Nitecore 'intellichargers' or something better. And charging cheap cells in a steel pot or box is a very good way to keep your house from burning down.

Questions should be directed to the Candle Power forum. I do not know as much as they do.
Read this about charging lithium cells:
http://www.candlepowerforums.com/vb/showthread.php?392899-How-to-charge-a-3400mAh-18650-cell 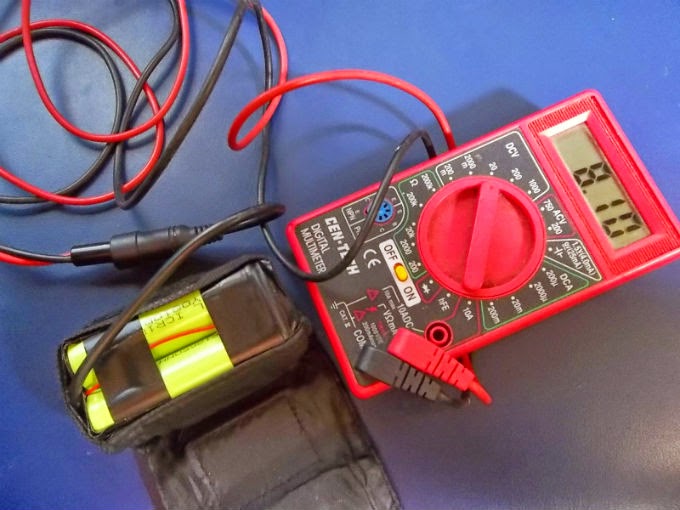 Battery packs of lithium polymer are balanceable by these devices.  But other packs are chargeable with these also.

http://lygte-info.dk/info/HobbyChargers%20UK.html
Posted by Prodromal at 10:18 AM