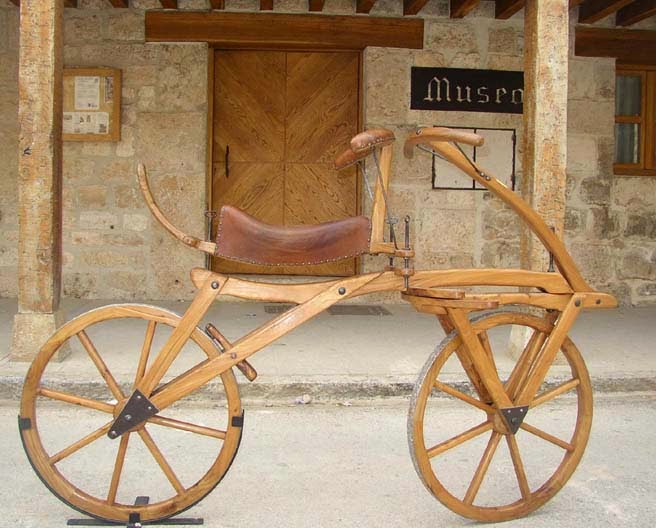 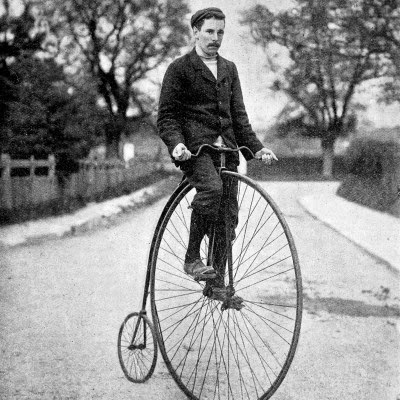 In the beginning there was a wooden two wheel cycle with no pedals, made to help French solders get all there equipment down a hill fast without running and falling.

Then the high wheel bicycle so riders could go faster and crack their heads.

Finally someone invented gears so the rider would be safer, closer to the ground. Unfortunately racers found that by leaning forward they could go faster and crack their heads.

Yet people still crack their heads even on the old style sit up straight safety bicycle because they want to go fast! Now with motors!

I have known several people that have smashed their heads riding road bikes. I will never even consider riding head first.

I never wear a helmet because I know how to ride a recumbent bike. Road bikes are not 'safety' bikes!

Speed is the biggest danger factor. Two of the people that I know died from cycling were from too much speed. An Olympic cyclist in training on the local roads flew over a car’s hood into a barrier when the teenagers decided to turn in front of her. Then there was one man I know that ran into pipes sticking out of a truck because he had his head down.

recumbents can crash too

and have fun with those hills

Recumbent tadpole trikes can mangle your lower legs if your feet fall off of the pedals. And I do not like how close to the ground they are.

I have never heard of anyone cracking their heads from a recumbent crash. It is true that hills are a problem, but speed is the worst thing for cycling. Even sitting up straight is much safer than head down.

Recumbents can crash, too. They go feet first into obstructions instead of head first, so you break your leg instead of your skull.
My ATP Vision is a short wheel base converted from a long wheel base by moving the fork back to the steering head position. It still has the long wheel base boom with the head tube, so I would go into a crash battering ram first.
I wear a helmet because there are cars behind me who aren't necessarily watching where they're going. I got a bad head injury when I crashed my scooter. Rather not have another.