The reason solar cars are not on the road yet is that solar-voltaic cells convert only 30% of the energy received into electricity to move the wheels. So on a dark day, you're not going very far. Solar concentrators can be used over the voltaic cells. Solar panels may be helpful if your vehicle can be parked in the sun for several hours.

But in the real world you will need a fast charger and a pedal powered generator as well.

Direct drive hub-motors were developed for racing, not stop-n'-go city driving. But with this new “magnetic gear motor” things could change if it really works like they say. Or an AC three phase hub-motor that can be vector controlled.


Carbon fiber is not the “strongest” material. It's the epoxy laid into the substrate that makes it strong. News-paper would be a good substitute; it is not much heavier than carbon fiber.

There is no reason that these micro cars would cost too much to build, if you can keep the weight and speed down to bicycle part's abilities. And if you consider how much hidden expense there is in using petroleum power.

But beware of the efficiency paradox:
If you make a machine that is more efficient it will serve to proliferate larger vehicles. Take the efficiency of the catalytic converter for an example: the American car industry created a demand for larger vehicles. So now the amount of fuel used, and subsequent pollution is even more than before. This is the best reason to keep the vehicle small enough to use the human powered pedals, is that pedal powered vehicles are more efficient than electric vehicles could possibly be. 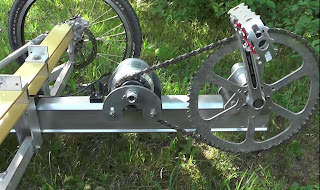 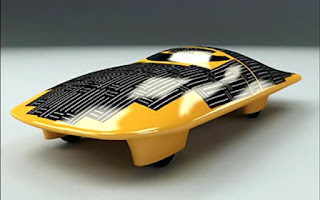 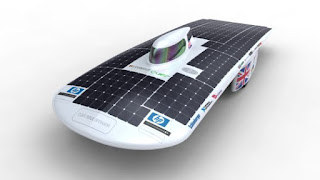 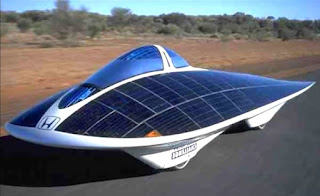 Engineering a three wheeled vehicle is not as easy as it appears. They are inherently unstable; losing that extra wheel increases the chances of vehicle rolling over!