Heavy Cycletrucks
There is a weight limit on hubmotors. So if you really want to be able to haul as much as 600lbs total coombined weight, on two wheels, read this about motors for heavy cycletrucks.
Best motor and IGH for large Cycletruck?

Don't buy old tecnology like an EcoSpeed motor. Three phase controlled Brushless DC motors are cheap enough now that even I could buy one. Three phase tecnology tells the motor where to go for more torque thrust.

The lighteningRod motors run 72 volts and are lighter weight than the Cyclone moters. So if you are going to use a single gear they would be good, but you need to gear them for the worst hills because they can not slow down to a crawl like a motor with a lot of coppper wire. They could over heat easyer if the gear is not low enough the motor can spin fast enough.

https://electricbike.com/forum/forum/knowledge-base/motors-and-kits/cyclone-3000w/55135-cyclone-documentation.
Electric motors really like to spin fast. So using the lowest gear will help it spin faster than using a high gear. Creating a cooler running and more efficient situation for the motor. Of course too low of a gear will lower your mileage, but at least you will be ready for those steep hills. And you will be more within the legal bicycle speed.

So I calculated the low gear I need but for fine tuning I will be using the multi speed human power gears until I know which gear is best; by watching the power reading on the watt meter if I ever get one. Then I will use that sprocket size for my single speed drivetrain using a small motorcycle #415 chain, and double sprockets if possible.

which motor to choose
what is Kv?

Cyclone 3000w mid-drive kit, Or the Cyclone 4000w are the only motor kits I would use on a heavy-duty cycletruck.

If you have a motor that you want info about, google the name with "endless-sphere" on the end.

The base of the Cyclone uses a planetary gear reduction, so that the motor turns much faster than it would without it…and what this allows it to make a lot of torque thrust power-to-weight, and improves efficiency.

You can't get 3000watts out of the Cyclone unless you use a 72volt battery. But that is way too much power any how.

Buy the new more expensive brackets and other upgrades. And the 32 sprocket or smaller third chainring is essential for serious hill climbing with cargo like children or bricks.

I am going to use only two speeds with this drive, and possibly only one speed. I will remove my rear derailleur, and use a stronger BMX chain that is not flexible enough (side to side) for gear shifting. Shifting a mid-drive with so much power can damage drive parts. So I may need to build an even stronger single speed wheel, without a free-hub body to break.

If the bike weight is under 300 pounds, the 10 turn motor is reasonably efficient up hills and does not melt. Your mid drive motor gets warm too I'm sure. But it can gear down and run 5 mph. 5 mph up a hill overloaded, will melt the geared hub motor. Reasonably loaded, the geared motor will climb the hills at 12-15 mph, and run pretty efficient.

Geared hubs have gears that are weaker than a typical bicycle chain, so it is better to use a BB drive then, and have the benefit of a gear set that can be shifted. 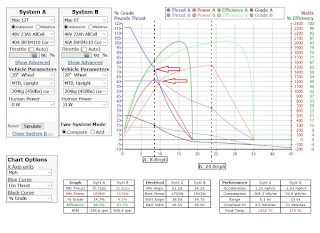 I think the reason they heat up less is because they draw less current, which is because during acceleration, they reach sooner the levels of “back electromotive force” [BEMF] that cancels out most of the input voltage, compared to the "faster wind" motors.

Meaning, they reach those levels at a slower speed, so they can survive longer at lower speeds because the current flowing into them is lower. 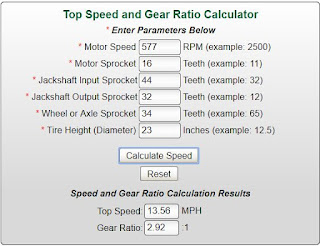 The Cyclone3000 has a 6 to1 planetary gear reduction and with a little more reduction it is 17.5 to 1 from the motor that is spinning at about 3400rpm....that is why I call it a Mountain Goat. It can climb a very serous hill with way too much weight even in a higher gear. But slow acceleration is the only way to keep from destroying the drive components. With such an extreme gear reduction the wheel components are at even more risk than the drive chain.
Mt. Goat Cycletruck Gearing

There are several motors with planetary gear reductions built in so that you don't have to build an external gear reduction. The cyclone 3000watt is actually a 2500watt motor capable of 3000w under the right conditions. I needed only 1300w so I am using only 13.5Ah 52volt battery.

Most people need only 1000w for our steep hills. So they can use the BBS03. In fact it can produce as much more wattage if not using the Pedal Assist Sensor that works by pulsing the power. And it will be easier to apply to a bicycle than the cyclone kit.

Cyclone 3000w Max speed 900RPM (unloaded at the output shaft)
The chain rings and sprocket can take any bike chain. So the best if you do not change the freewheel and chain-rings is the KMC single speed chain unless you think your need more than one gear.
https://lunacycle.com/kmc-bike-chain-with-master-links/

The best direct drive hub-motors overheat long before these motors do on the same climbs. Only halfwit flat-landers think that gears are a waste of energy. Hub motors use far more energy by turning it into heat. If you need more than 1300w output you are moving too fast!

Gear reductions really do make a difference!
I was using my bicycle to haul firewood up the hill to my house. In the highest gear [10-11:1] my motor was using 1400 to 1500watts according to my CycleAnalyst meter. But when I shifted down to the lowest gear [20:1] it took only about 600watts! [same hill speed and weight]

Here is another motor with a 1:6 planetary gear reduction; mounted as a single speed left side drive on this thread. Direct-Drive conversion of the new GNG/cycmotor 3000w mid-drive 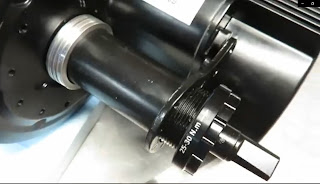 So it appears that I was misled into thinking that this Bafang BBSHD mid-drive motor has planetary gears. It does not. It has two large gear reductions. And there are plenty of problems with them. Planetary gears in the cyclone motor take less punishment because there are three of them.

The biggest part of keeping nylon gears from self destructing is grease that will stay where you put it. Mobile grease 28 aviation grade lubricant, or the Lucas “red and tacky” #2 grease are the only two that seems to stay on the gears? Also composite gears are better than Nylon plastic gears.

Planetary systems have extremely low forces on the bearings except what the chain imparts on the output. The simple nylon gears in cyclones have soaked up many miles at +4kw.

Compare that to the BBSHD eating gears at half the wattage.


Mobilgrease 28 & BBSHD/BBS02 : Because A Good Mid-drive Is Better SeenAnd Not Heard 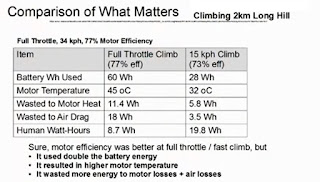 
DO NOT BUY CHEAP BATTERIES!!

How to program this motor controller:


Be sure to ask for the Blue Tooth programable controller when you buy the motor. If you are having jumpy throttles, I suggest upgrading to a proper programmable controller that you can tweak the battery and phase amps ratio to something that starts smooth when you throttle up. this will save your gear box and bike drivetrain from having issues due to the tremendous amount of torque this kit has. Most probably the stock controller are configured for direct drive hub motor which requires a higher battery to phase amps ratio to turn that massive bicycle wheel without any reduction. In a mid drive you really don't need that as you already have all that reduction and the motor spinning easily from standstill.

At half speed the motor requires half the voltage, so the controller is stepping the battery voltage down by half, and thus multiplying the current by two. But if you are crawling up a hill with the motor slowed down to one quarter max speed, the amps will be multiplied by that much, which can burnout a motor's windings. So keep the motor RPMs high by using a lower gear [planetary gears really help]. A Magnetometer to read motor [phase] amps would be so much better than guessing. https://endless-sphere.com/forums/viewtopic.php?t=94735#p1387583 Having a thermometer sensor in the motor would help even more. So I will need to buy a controller with high temp shut off setting.

The more torque a motor needs to produce, the more current it will draw. 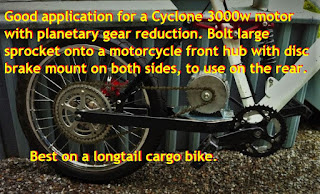 If you really want to use a hub motor read this thread: