There is no hub motor that will drive 600 to 700 lbs up a long 10% grade. But It takes a lot less power with a large gear reduction. However If you want to try to maintain a high rpm with a low slow gear, use a higher voltage [and a larger Ah battery] 16 in series is a 60volt pack. But 20cells in series = 72volts [nominal] would be even better.


But you are still going to need a non shiftable drive chain. Because shiftable bicycle chains are fragile. So I am going to need a two speed gear box and drive the left side of my large long nose cycletruck that can haul three small children.
https://commutercycling.blogspot.com/2018/02/motorized-retro-direct-drivde.html
https://commutercycling.blogspot.com/search?q=two+speed+motor

If you can't adapt the sprockets you want to your bicycle wheel, bolt it to the disk brake mount. Then use a rear Hydraulic rim brake. [Not do-able if you have the wrong kind of rim.]

To run the Cyclone3000 directly to the rear wheel without the cranks set, an external reduction of 2.6-to-1 should be enough [14t to 36t-40t]. Possibly an even higher gear would be OK. Lower gears are only needed for extreme hills with extreme weights, like a 16% grade with 450-500lbs total combined weight. 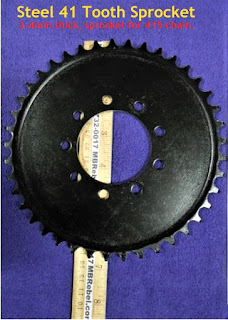 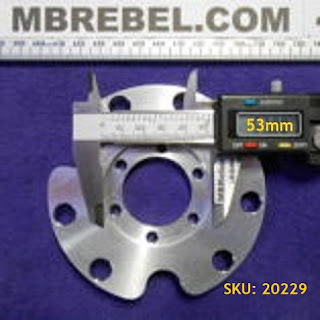 I was using my bicycle to haul fire wood up the hill to my house. In the highest gear [10-11:1] my motor was using 1400 to 1500watts according to my CycleAnalyst meter. But when I shifted down to the lowest gear [20:1] it took only about 600watts! [same hill speed and weight]. 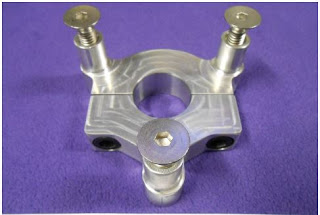 I simulated several hub-motors at 1300watts with correct gear reduction for climbing a 9% grade with 450lbs, (using a smaller wheel to simulate a gear reduction) to lower the amount of stress as much as possible. I got 46 to 51 lbs thrust (about 62- 69Nm). But climbing a steeper hill could produce up to 92lbs thrust (124 Newton-meters) on 20% grade.
I simulated several hub

Any motor that will produce as much as 130Nm (95.88 foot-pounds force) of torque really needs to not be driven through the cassette free-hub body, unless you want things to start breaking. So I will have to turn the motor around and drive the left side. Using a 750watt motor that can actually produce 1000w is just about as much as a bicycle drive train can handle. Even if you do use a BMX single speed chain. And if you use the same drive-train to stand on the pedals, look out!

#41 chain can be used on the left side with a single speed only. That is all you really need with a Cyclone 3000 especial if your single gear is set low enough to climb your worst hills at close to half power; with your average worst total-combined-weights, to keep the motor from over heating).

They also have sprocket for the 410 bicycle single speed chain.
https://mbrebel.com/product/60-tooth-sprocket-415-41-chain-fits-sprocket-adapters-u-s/


Don't think that spending a lot of money on a light weight, high-tech bicycle sprockets like the computer designed chain and sprockets, it is not going to help much. 1/8th inch wide sprockets and chain will make a much stronger drive-train. But a #41 chain and sprocket will out last any bicycle equipment no matter how expensive it is.

And It's important to line up the rear sprocket with the chainring if you don't have a derailleur to reconcile them. Sram's new derailleurs are designed to be used with much larger than the usual 34t mega range sprockets (“cogs” for bicycle mechanics). But if you want to build a truly “heavy duty” cycle truck, forget the bicycle equipment!

Two gears would be much better than one. But that would require a single chain that can shift. If you can find a way to have the Shimano cassette spline cut into the center of a BMX chain-wheel, you should do that. BMX chain-wheels are typically made for 1/8" chains, and are available up to 10mm thick at the center hole. The hard part is going to be finding somebody who has the very expensive single-purpose cutting tool (spline broach) that allows a machinist to put the correct splines in a round hole.

If this motor puts out 400 rpm at about 1300watts a 60t sprocket on the rear with a 32t on the motor will give me a speed close enough to what I need for the target of 13mph for 450lbs on a 9%grade (This is why the e-bike laws must change). And with so much power at my disposal and enough copper in the motor to deal with any wasted energy as heat; I won't need to worry about getting the gear reduction exactly right. 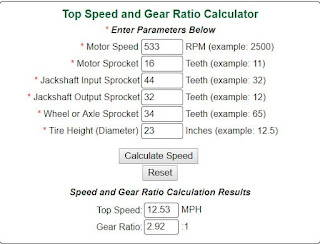 for the right side drive with existing
sprockets on the rear, this should work good
https://electricscooterparts.com/motorwheelgearratio.html


Calculating a workable top speed for the cyclone motor below

“Larger roller pins, both in diameter and width, will provide a greater surface area to purchase on the valleys of the teeth of a sprocket or chain ring. It would make sense that an 1/8" chain should be able to provide more purchase and handle more power without failing prematurely. However 1/8" chain does not have and ramps on the plates and are not suited for moving from cog to cog like a geared system. A smaller tooth count chainring or sprocket tends to wear faster than a larger one.”

Wipperman Connex 7R8. It's a 3/32" BUSHING-type chain, May be high priced for a good reason: Wipperman appears to be the only manufacturer that is producing a 3/32" bushing chain anymore; probably because the buying public is used to the availability of "bushingless" chains, which shift better on a derailleur drivetrain, and are WAY cheaper to manufacture. A bushing-type chain will GREATLY extend your drivetrain life, since load is distributed over far more surface area. The 7R8 is single-chainline specific, so there is absolute minimal lateral play. Just make sure your chainline is DEAD straight.


Single speed chains, not for shifting:

Most mechanics agree that you should replace your chain about every 2,000 to 3,000 miles so if you can build or buy a full coverage chain guard then convert to a belt drive you may possibly have a truly long lasting drive-train. 3Dprinted belt drive pulley?

It is no wonder that people would rather use a hub motor, even if it does use much more battery power. I recommend a 2500watt 5:1 geared hub motor!!! Even if you need to strengthen your frame some how. 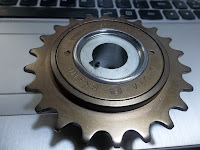 Gears for single speed with Cyclcone3000
14t motor sprocket to a 33t sprocket on the drive wheel is the same as using 14t on the motor to a 44t on the crank then 40t on the crank over to a 30t on the drive wheel. However this is a very low slow gear. Which could work if I were to use my legs as strong as they used to be. But now I cannot use my arthritic knees to power my bike.

I need about a 2.75 to 1 ratio for the worst hill and about 1.75:1 for the rest of the trip, not including small hills. But can I climb the steep hills with the same ratio as I drive home with? Obviously not unless I had a much larger battery pack at 72volts to be able to draw more amps from. So I am stuck with using the front cranks for gear shifting. Unless I can build a two speed retro-direct planetary gear set and fit it behind the seat tube with the motor. Or a three speed gear set.

But a large enough battery pack 72v can make a big difference in hill climbing in a gear that is too high for my small 52volt pack.

Planetary reductions are very slick. I'm a huge fan of them. If the gears have a high helix spiral , they can run very quietly, but at the cost of side-loading friction resulting in lower efficiency. If they don't have a high helix, it's a tight little compact package that you can easily apply sound dampening material around. By sharing all the axial loading to sum the side-load forces to zero on symmetrical gears. I also love how they triple-up (way more than 3) on the smaller gears to cut down on the torque loading, and the friction and stress on any single gear. Inherently very strong and compact designs. 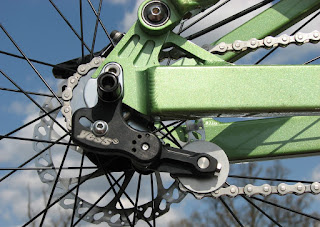 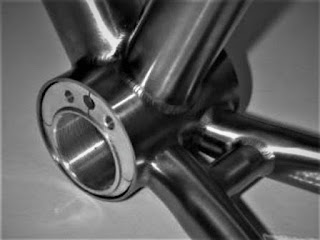 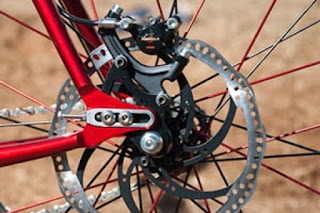 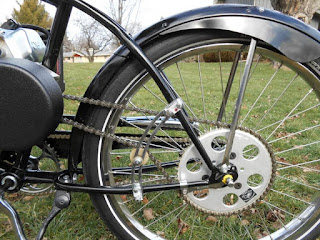 Thanks for sharing this blog.this blog is very useful.